“Do one thing every day that scares you.”-Eleanor Roosevelt

So often times we find that we are not truly taking advantage of the one life we are given. We become complacent just doing, repeating the same routine day after day because it is comfortable or we don’t believe we have the means to change the situation at hand. Ask yourself two questions, “Am I truly happy leading the life I presently live?” and “What are your biggest fears?”

I took a gamble and rolled the dice when I packed up two suitcases and set out for Belgium in January 2013. I didn’t know if things would actually work out or if I would return empty handed with my tail between my legs. I would have to say that was one of the scariest experiences of my life. I was outside my comfort zone. I left a great paying job, a nice home, and new relationship. I let go of many things I was raised to believe in. I left this all for the unknown.

I did not take this leap of faith without at least a little planning. I had an interview lined up in Brussels and a number of friends already living there that welcomed me with open arms. The job wasn’t guaranteed. When I was researching yoga careers in Belgium I came across a spa and the owner was willing and interested in meeting me in person.

One of the biggest obstacles I faced was the fact that I left the United States without a visa and a work permit. I had three months to convince my prospective employers that I would be the best investment amongst the other candidates vying for the position. It’s no secret the economy and immigration policyin the years after the fall in 2008. Rules were made stricter and governments became more selective.

Insecurity that plagues markets both the European and American. Unemployment rates continued to soar to all-time highs. How could I seek employment in a foreign country and offer a service that could not already be ascertained from a natural born Belgian or a citizen of the EU for that matter? I was up against competition that I had never faced before.

The odds were against me, and I knew this. I didn’t let this fact detour me though. For three months I had explored various options. I hit road block after road block. Belgium, unlike other countries in Europe has three national languages, French, Dutch/Flemish, and German. This makes political policy interesting on immigration difficult to navigate. To make a long story short, it was a long process of translating paperwork and asking question after question until you have nearly the same response from multiple sources.

Only two weeks before I had to leave Europe because of the lack of a visa I was granted my work permit. This decision allowed me to apply for my visa to become a temporary resident in Belgium. What a relief! It wasn’t the end of my story though, but just the beginning.

I had never felt more alive. Taking the risk, packing up my life and setting off across the Atlantic proved to be a great investment in my future, my life, and my happiness.

Taking action and facing fears may be the best thing you can do to change your current situation. 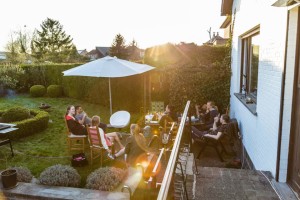 I still find each day too short for all the[...] 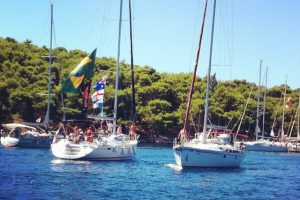 Create a Mediterranean Lifestyle at Home

A lot can be said about the Greeks, the Italians and[...] 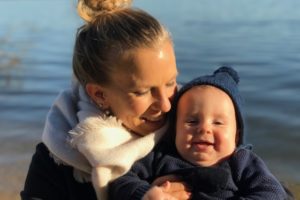 At the end of August, my husband and I welcomed[...]