Wings of an Angel

Home Uncategorized Wings of an Angel

Wings of an Angel 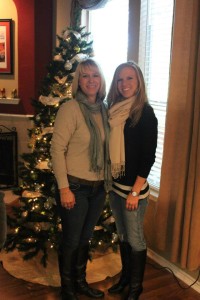 “One lives in the hope of becoming a memory.” Antonio Porchia

Over the past few weeks it has dawned on me how many beautiful women I have in my life. One such radiant woman has passed away this morning. Her untimely death at such a young age is unfortunate, but this time is not best served in sorrow and despair, but rather it is a time to celebrate Pamela Jo Martin and the life she lived and the people she touched.

Growing up in rural Iowa, I spent many nights sleeping over at my aunt’s house. We would order pizza at home, watch reruns of old soap operas and give one another manicures. She felt like the big sister I never had. Nothing really changed when she moved to Texas. What was once a one night every few weeks was a short plane ride away and a week spent in what then seemed like another world, the lone star state.

I had always admired my aunt; she was beautiful, kind, and confident. I was both sad and jealous when she packed up her belongings in a tiny U-Haul and moved to San Antonio, a city she had fallen in love with and would return to time and time again. Her independence and ambition were admirable. Even in high school, I remember among women I looked up to most, who had the most positive influence in my life Pam always topped the list amongst other amazing role models.

Pam and her husband Brian held an intimate marriage ceremony on Fort Sam Houston in San Antonio, a place they would ultimately call home. Over the years the Army would take them coast to coast, traversing the nation and abroad. Pam was strong; she never wavered raising two young girls, managing a long distant relationship with a man serving his country in far off lands. She was a fighter with a heart of gold.

At the age of 22, I moved to San Antonio just to be near this amazing couple. They always have had the best advice. Not but a phone call away I could receive the support and wisdom I needed. They gently guided me along my journey, being there with open arms as I went through ups and downs with my parents and through a turbulent relationship in my early twenties. They shared stories from their starry eyed love affair, long highways, and travels through the night to be in each other’s arms. I still reflect upon the conversation my aunt and I had after my ex-boyfriendof five years broke up with me. I was sitting in the driveway crying in my car and on the other end of the cell phone my aunt consoled me saying softly, “Emmy, you will know. Your uncle and I knew from the first date that it would be until death do us part.”

Pam and Brian are the only two people in this whole world that still call me Emmy, and I just love it. Hearing her voice and seeing her in the last few weeks of her precious life was worth every minute getting back to the states from Belgium on short notice. Just having coffee with her in the morning before the house was a flutter with activity were moments I cannot comprehend into words. It was much like the quote, “The best kind of friend is the kind you can sit on a porch swing with, never say a word, and then walk away feeling like it was the best conversation you’ve ever had.”

I have not cried very much since this entire calamity seemed to rush into my life. I guess I may still be in shock, or because I live so far away, I am a bit removed from the situation, or it is just yoga and the way I perceive life that has helped me to persevere through this time of hardship. I know I will see this marvelous woman again one day and even though she is no longer with us her voice will always have a place in my heart.