There is nothing more decadent than a fresh baked, hot-out-of-the-oven cinnamon roll with cream cheese frosting. It is Saturday morning, and what better way to start the day?! Okay, it does take a little time, approximately 2 hours, give or take, and you will be sipping a strong coffee and enjoying the most mouthwatering homemade confection.

I accredit my passion for baking to my grandmothers and my great aunt Darlene. This recipe in particular is an homage to my aunt’s handiwork. She was always skilled in making breads and rolls. She would grace the table at family holidays with fresh baked goodies, one could hardly resist. This is not her recipe exactly, I made my own adaptation, but the flavors are still there. Give your family and friends this scrumptious memory, a weekend tradition from my house to yours. 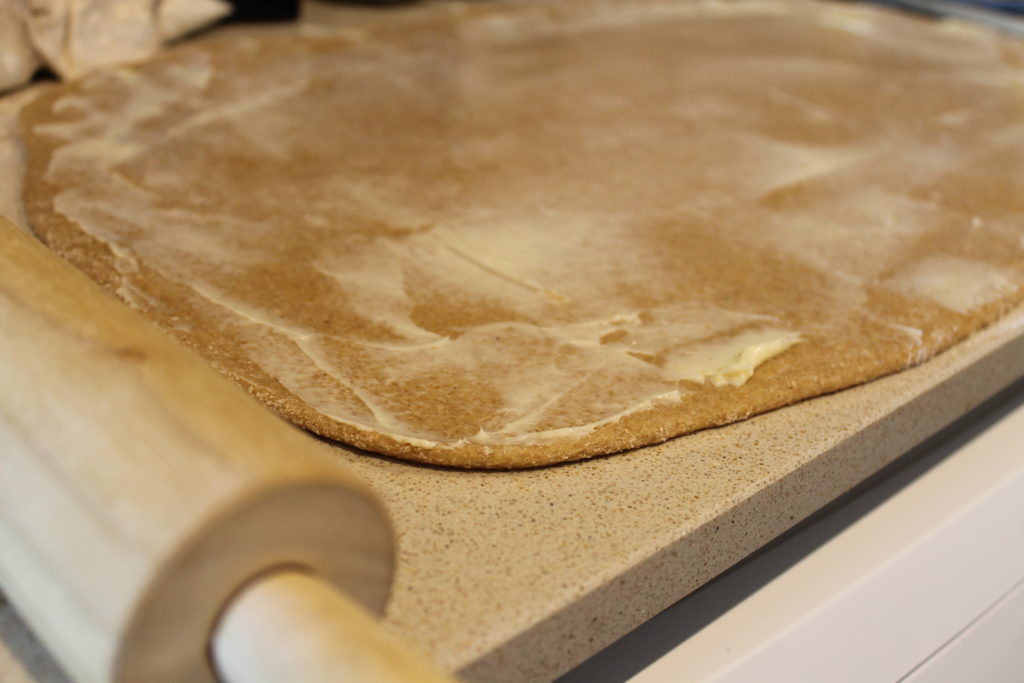 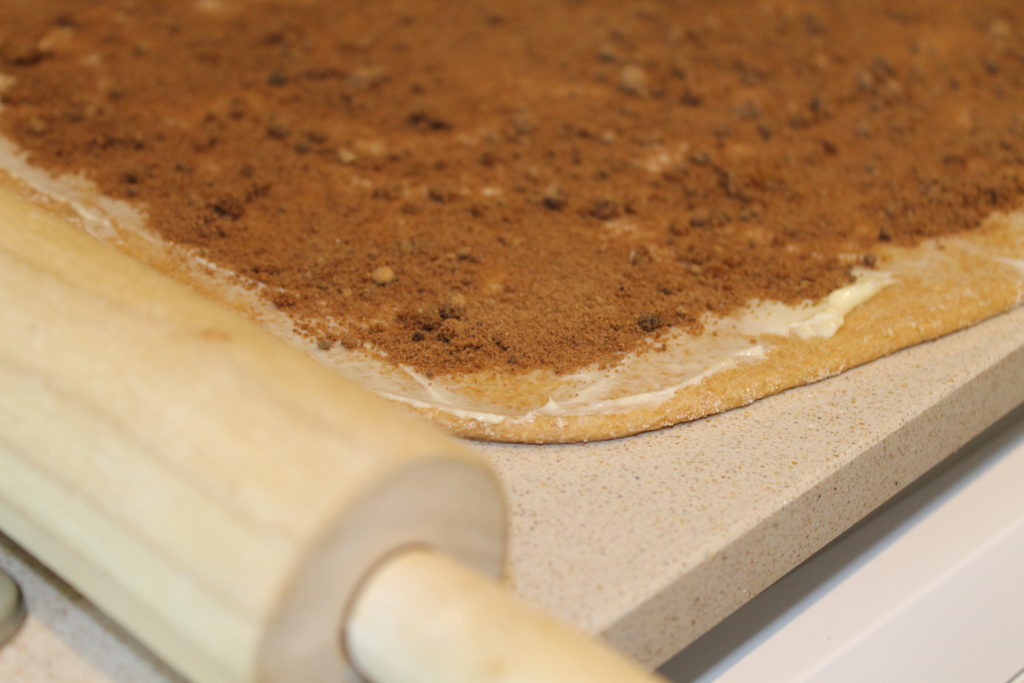 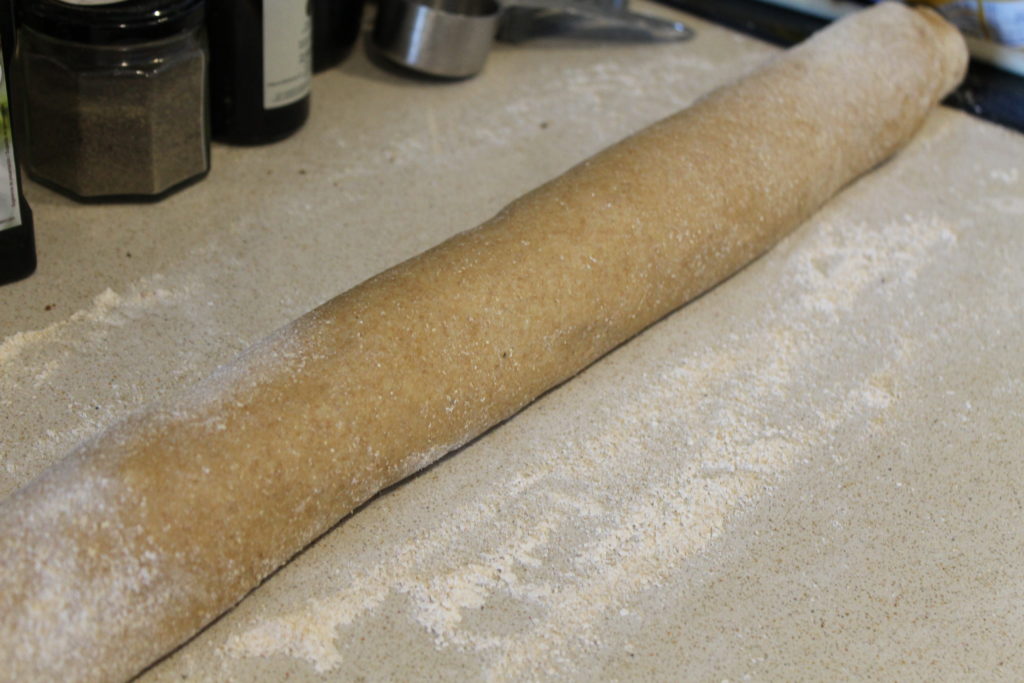 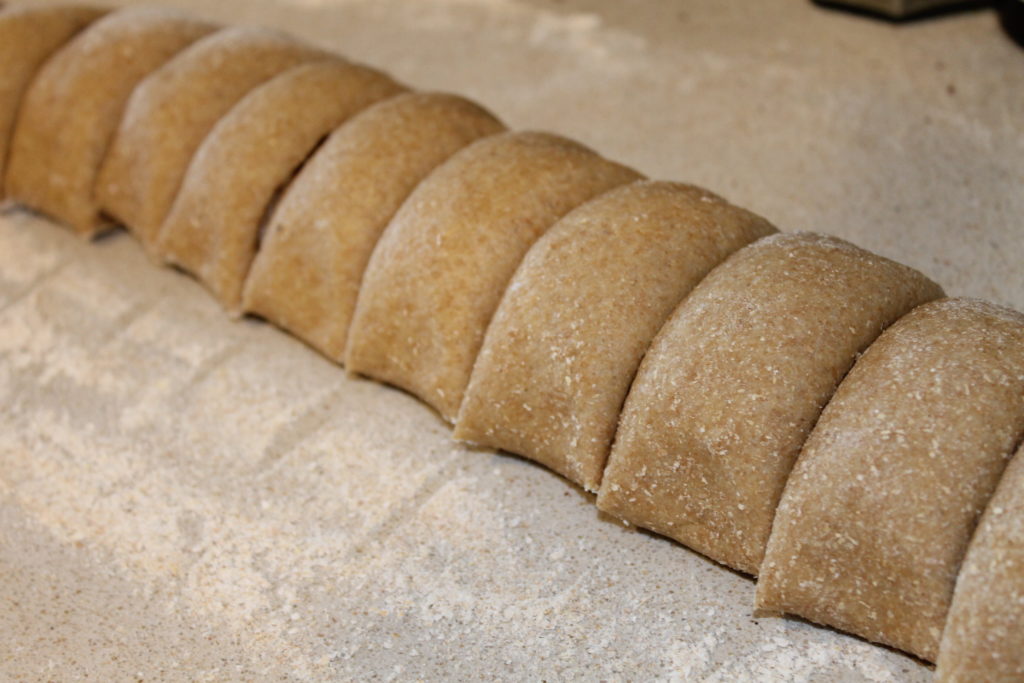 Add yeast and honey to warm milk in a medium bowl. Stir gently to combine and allow to mixture to sit for 5-6 minutes to become foamy and proof. Once this has happened add melted butter and eggs.

In a large bowl combine salt, cardamom and flour. Pour the wet mixture into the dry. Combine until a ball of dough forms. Turn dough onto a lightly floured surface and knead for 8-10 minutes. Form the dough into a large ball and place back into the large bowl. Cover with a clean tea towel and place in a warm location. Allow to rise so that the dough doubles in size.

For the filling, place the dough on a lightly floured surface; roll to a ¼ inch thickness, in a large rectangle. Spread the softened butter over the dough, all the way to the edges. Stir together the brown sugar and cinnamon. Sprinkle generously over the buttered dough.

Tightly roll the dough beginning with the long edge, until a log has been formed. Cut the dough into 1-inch slices and place onto a prepared baking pan with parchment paper and buttered sides.

To bake, preheat the oven to 400˚F or 205˚C. Allow rolls to rise for 30 minutes in the baking pan. Place rolls in the oven and allow to bake until lightly browned and cooked through, about 15-20 minutes.

While the cinnamon rolls are baking prepare the frosting. In a small mixing bowl with a whisk combine the cream cheese, butter, and vanilla. Slowly add the confectioner’s (powdered) sugar and salt.

Remove the cinnamon rolls from the oven and allow to cool slightly before spreading the frosting over top. Top them with the frosting while still warm. 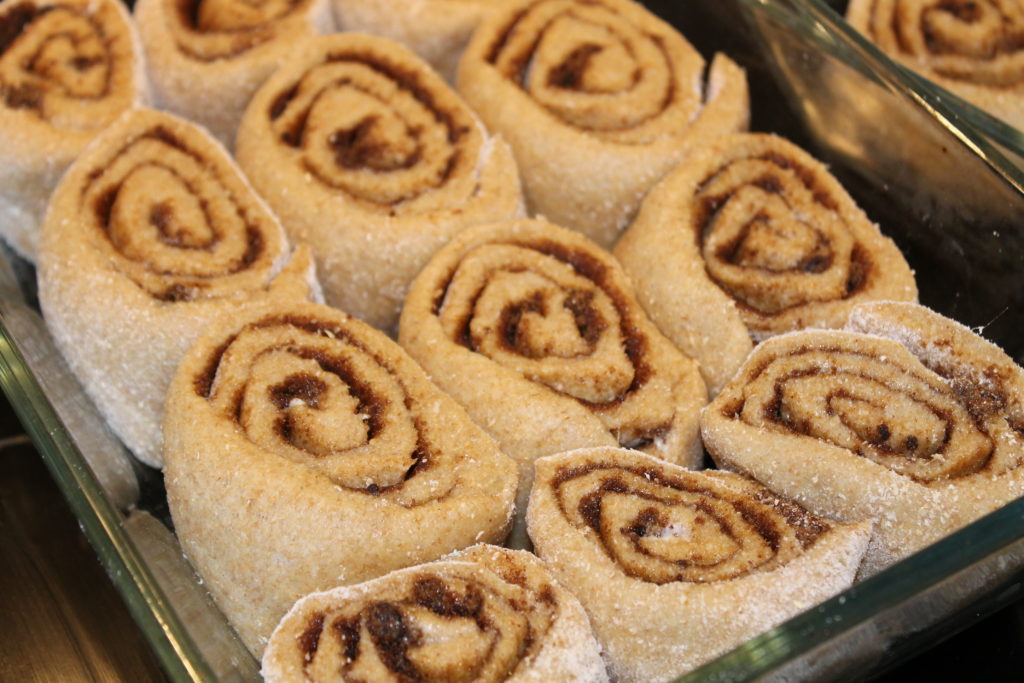 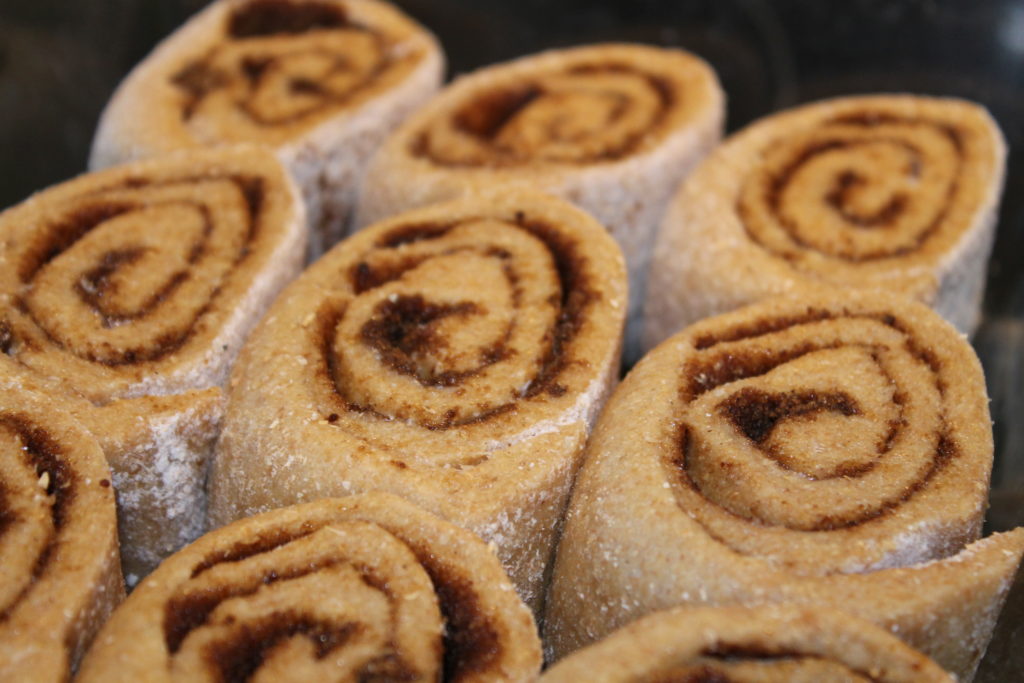 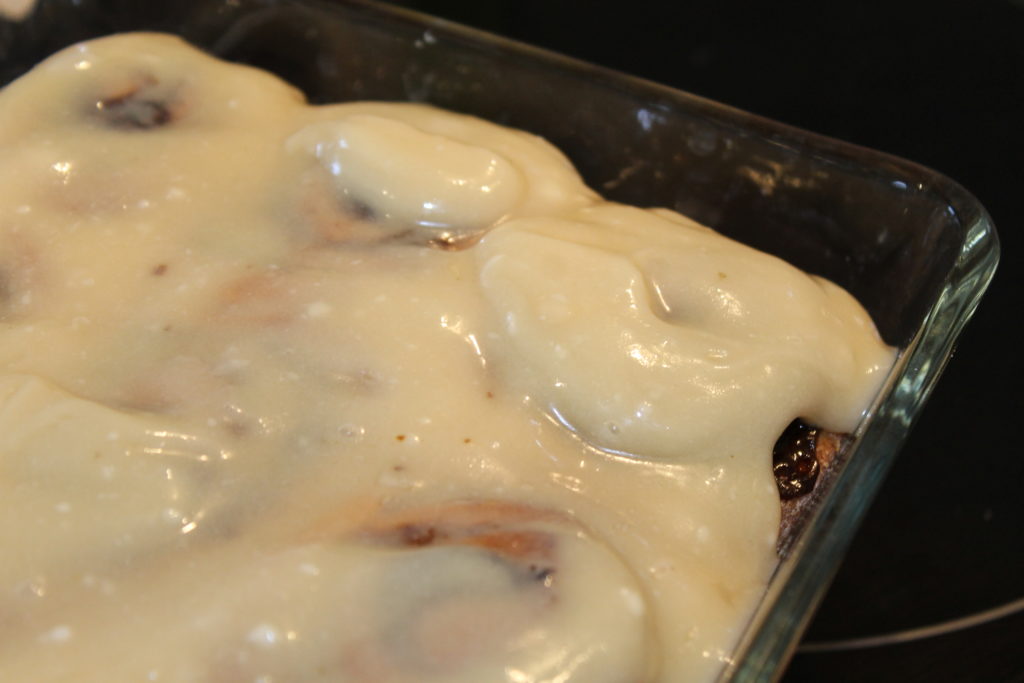