Wind sweeping through the sails, we leisurely approached the phenomenal 200-foot white limestone cliffs guiding the eye up to the magnificent medieval town of Bonifacio perched atop the rock creating a fortified peninsula. From the water, this architectural feat can only be described as striking. Protected by its citadel built in the 9th century, the majestic old town is a maze of cobblestone streets leading out to meandering footpaths to the east that course the old stone walls and lead to King Aragon’s Staircase. Located on the southernmost tip of Corsica, often referred to as Land’s End, in France’s Département Corse-du-Sud was one of the most memorable highlights on our two week sailing venture around the island. 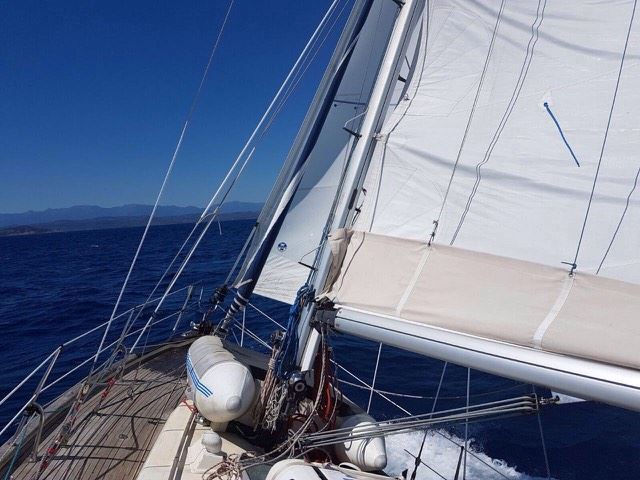 Before reaching the harbor’s natural entryway, where boats shuttled in and out, what rush hour traffic might look like on the high sea, carrying both groups of tourist and holiday sailors, we were lured to the site of an immense cave, one of many in fact, nestled below the medieval dwellings above. Without even stepping foot on land we were sold by this port’s organic beauty and grandeur.

After tying up our boat in the pleasure port, one of the three port areas in this bustling harbor, and stepping foot on the pier you could feel the vibrant energy of the city. It was charming from the pedestrian promenade lined with palm trees looking out over the marina, you could find any number of cafes, restaurants and gelateria’s holding out a chair at their table. 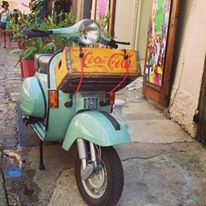 Looking for a secret hideaway from swarms of busy bees buzzing from one port to the next, ticking off island destination like boxes on a daily to-do list? This is the place to be. Because of its limiting entry way, large cruise liners can’t call here, leaving seasoned sailors, holiday goers and high-end luxury yachts to find safe passage away from immense crowds for a night or two. Unfortunately, the beaches within a short walk from the city are smaller and less appealing than others around the island, but don’t fret. Not but a short distance drive turquoise waters await. Following a slender, winding road in the direction of Pertusatu lighthouse, from there making a left, adhering to the signs leading to Piantarella, you will discover Corsica’s kite surfer’s paradise with strong winds and beautiful sandy beaches.
Back in the city, don’t allow yourself to get lost in the shops near the quay. Though they are luxurious and known to have some of the best shopping on the island, there is still more to be explored. Climbing up any one of the stair cases or following the road at a slightly lesser incline you will be met by an imposing gateway leading you past the citadel’s walls and into the old town. Here you will find the center based around the Place d’Armes and the Place du Vieux Marché. If you thought the climb up wasn’t enough the pedestrian walking streets and narrow alleyways rise and fall, adding an air of intrigue and dimension to this already fascinating city founded around the year 830. 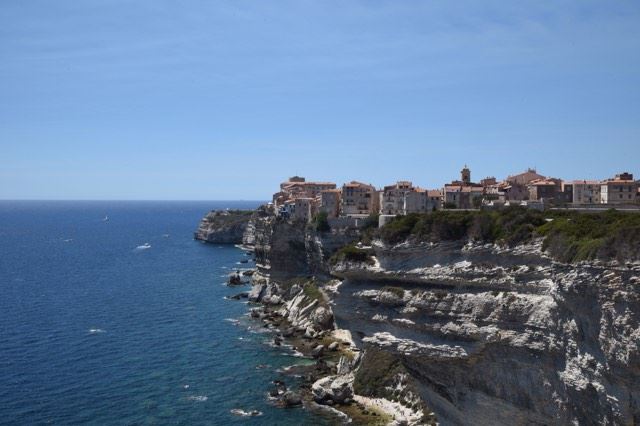 Stroll through local shops selling local confections, honey, and preserves or marvel at window displays exhibiting the latest fashion in coral jewelry design. If you are into religious sanctuaries, do not miss the 13th century Church of Saint-Dominique and the 12th century Church of Sainte-Marie-Majeure, the oldest building in Bonifacio. Historic places of wonder, beckoning passersby to sit quiet and reflect, finding refuge from the summer’s heat.

Before making your way to the cliff’s edge, heading back out the gateway and to the left to Montée Rastello for spectacular views, make a reservation for dinner at U Castille, one of the most sought after restaurants in town known to serve traditional local dishes from aubergine á la bonnifacienne, a baked eggplant stuffed with artisan cheese, to mussels in the most delectable white wine sauce with tomatoes and garlic. 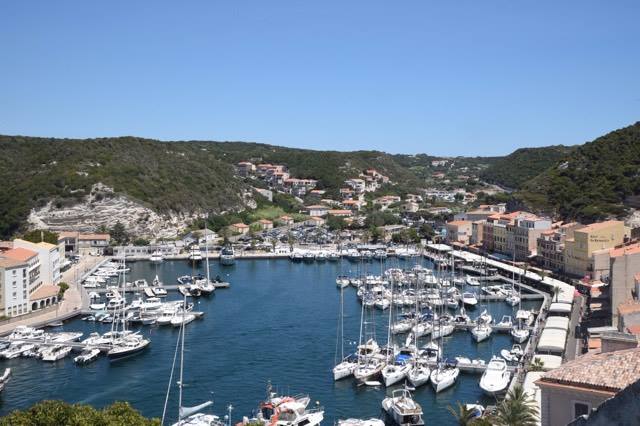 If you are there at lunch stop by Cantina Doria, a Bonifacio institution. With a rustic country interior this restaurant is proud of its awards for serving up the region’s classics at impressive prices. Yes, you are in France, but you can still eat like a king on the cheap if you know where to go. 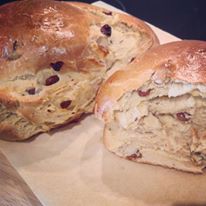 If you have the same weakness I have for French pastries, make sure to stop by any one of the boulangeries throughout the old town or situated along the quay and ask for my favorite, a specialty of Bonifacio, called Le Pain des Morts, which translates to the Bread of the Dead. A brioche with raisins and walnuts that can only be found in this region and is the most decadent delight if you can get it warm, straight out-of-the-oven. My husband and I did not realize this and were looking all over Bastia, in the north, only to discover sadly it did not exist there. I am now left to recreate this wonder in my own kitchen, bringing back memories of sipping a café au lait and being mesmerized by the sweet aroma of fresh baked breads, coffee beans roasting, all the while wonderful sea breezes caressed my sun kissed cheeks. 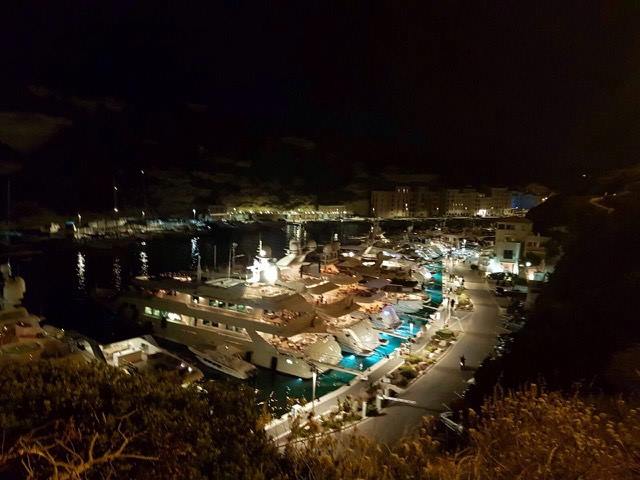 Becoming quiet after the sun sunk over the horizon, well at least in the citadel, it felt a bit eerie as we made our way steadily down the dimly lit stairs leading back to the marina. Bonifacio is not known to be among the top destinations for nightlife on the island like Porto Vecchio and Bastia to the East and Calvi and Ajaccio on the West. Maybe the night we called Bonifacio home there was something special in the air, because along the quay there was quite a bit of commotion. Tourists and locals strolled by the luxury yachts and looked with wonder at the exquisite design and elegance such floating vessels processed. Diners cozied in the overpriced tourist restaurants and sipped their wine. Not but steps from where our boat was docked a sushi bar called B-52 hosted a DJ who spun Walt Disney’s most-loved soundtracks and other pop rock favorites in both French and English. Bartenders dressed like Snow White and the Seven Dwarves, and the Lion King was projected on one of the neighbor’s exterior walls. It was like stepping foot into a quirky adult story book, where Snow White was actually a burly man in a wig, fitted with a red dress and white apron shaking martinis and stirring mojitos. We decided to join in the festivities, but only for a little while. The sun had taken its toll. The city had delighted us. With or without the disco lights, this destination was enchanting. 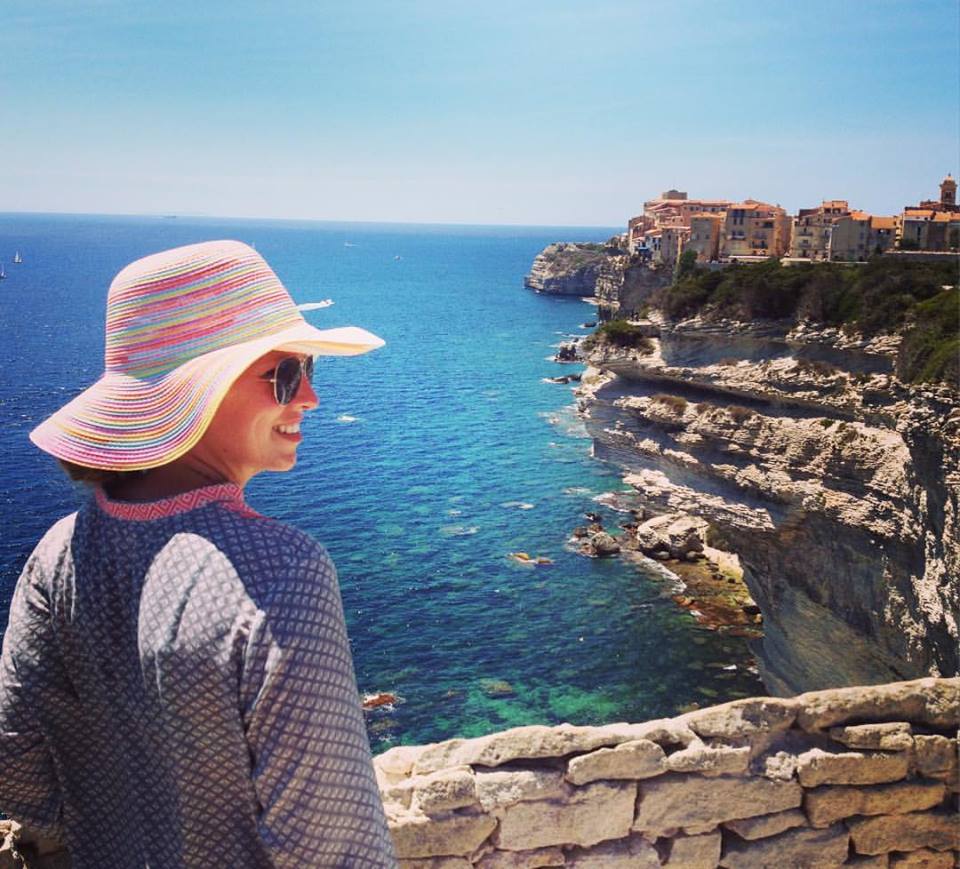 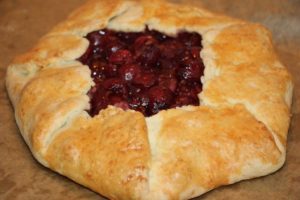 This rustic French dessert is one of my favorites because[...] 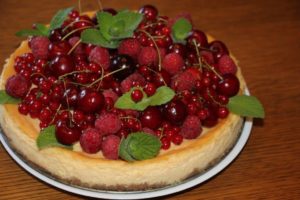 I love cheesecake! Ever since I was a little girl[...]

The Smell of Summer

“Home wasn’t a set house, or a single town on a map. It was wherever the people who loved you were, whenever you were together. Not a place, but a moment, and then another...