Ancient Charm, Stepping Back In Time

Ancient Charm, Stepping Back In Time

Adventures into the Catalan Countryside

A day trip to remember. I love wandering down back alleyways or side streets, getting off the beaten path, exploring  historic landmarks and hidden gems. Our latest journey took us to the Monastery of Sant Pere de Casserres, nestled on the edge of a peninsula, high above the Ter River in the North of Spain. Previous to the construction of the monastery in the 11th century, situated on the same site, there had been a castle dating back to 898 AD, which housed a chapel dedicated to Saint Peter. 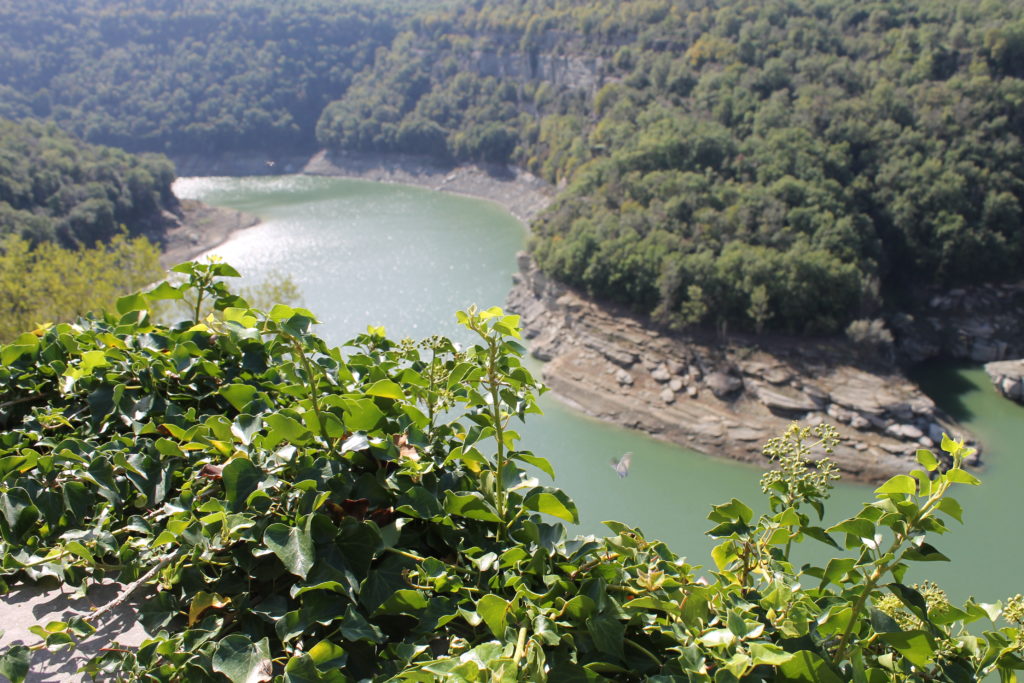 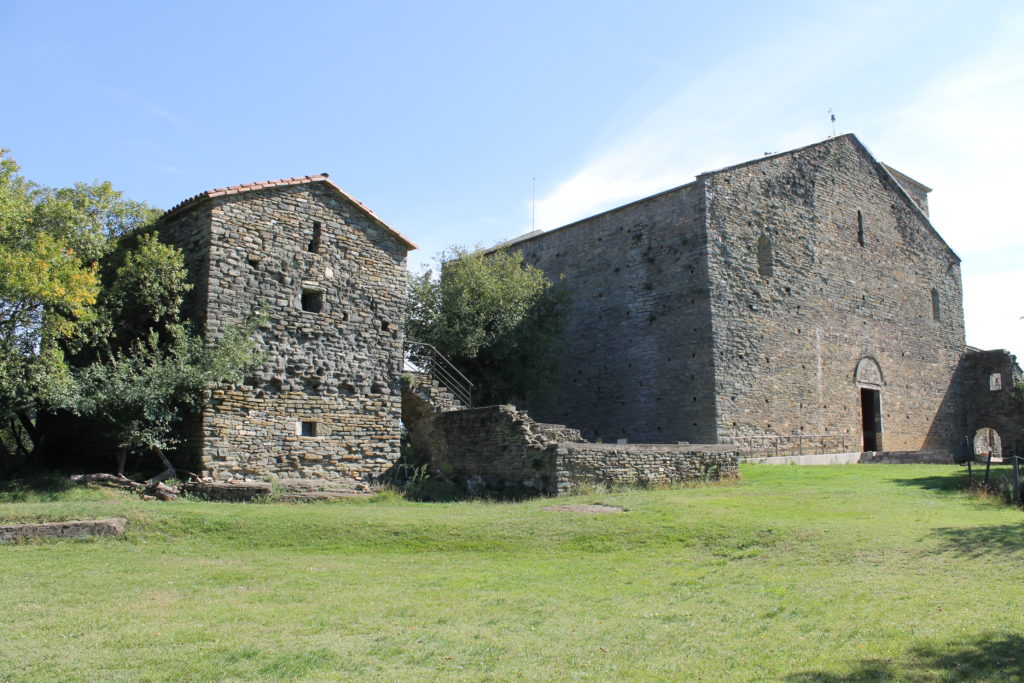 An ancient legend surrounds the construction of the Monastery of Sant Pere de Casserres. The viscounts of Osona and Cardona had heeded the words of one of their children only three days after birth. This remarkable child spoke and said that he would not live more than thirty days. Upon his death, his body should be placed in a sealed ark upon a mule. Wherever this animal stopped, the viscounts were to build a monastery dedicated to Saint Peter. 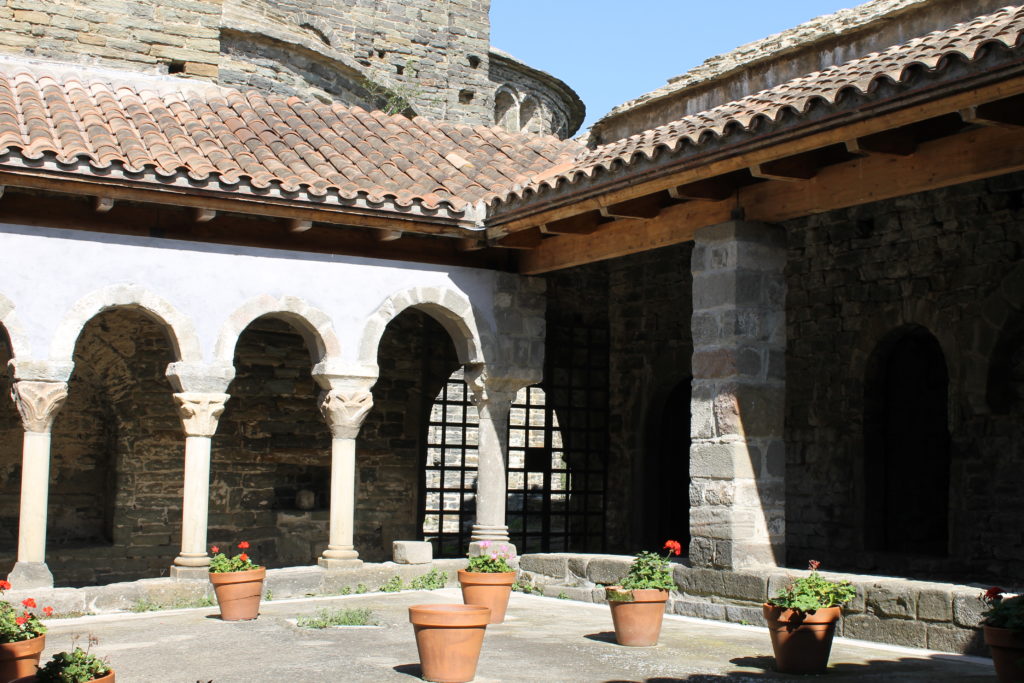 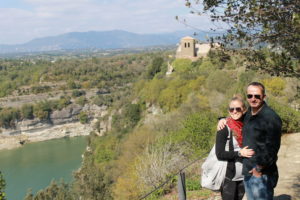 Around the 14th and 15th centuries, the population in the area decreased and money dwindled. The upkeep of the buildings was too great a task, and slowly over time the property weathered and aged. In a deplorable state, the Osona District Council bought the property in 1991 from an individual family who had operated it as a farm and began to carry out the restoration of the whole monastery together with the Generalitat de Catalunya between the years of 1994 and 1998. Today, the monastery houses a permanent exhibition which portrays the life of the monks that once found this place of prayer. An exquisitely restored property of great historic value.

It was our great plan to get out of Barcelona for the day, to discover some part of the Catalan region, in the North of Spain, where we had not already been. We had driven through and around Vic on our way to Andorra and to the Garrotxa National Park, but we had never spent time, actually delving into the city and its origins.

After spending the morning hiking to the monastery, and taking photographs to document our exploits, we made our descent past the chic hotel, Parador de Vic-Sau, through the town of Roda and on into Vic, a short 15 km drive. Having looked online before leaving Barcelona, we had mapped out what seemed to be a popular restaurant for lunch. 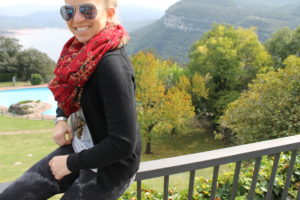 Ca La Maria, owned, at least what we thought, by the French chef and his Catalan wife. A lovely couple, offering great service, conversation and a selection of local recipes to decide from. There were three of us around the table.  It was decided. After our hostess explained the menu and the preparation of certain dishes, we would all select from her various suggestions to taste and share. If you don’t already know, I love to eat, and did this little diamond impress my taste buds! Spending two, no almost three full hours indulging our palates with a selection of charcuterie, local cheese, homemade soups, a pork dish that took three days to prepare and tantalizing desserts, we said adéu. Extremely happy, like a child given a puppy, I would gladly return to this unique find.

Vic, a city once located along Via Augusta, or the Roman Way, there is an immense presence of ancient influence from the time of the Roman empire in this region. From towns like Besalu to Tarragona, there are still remnants of Roman amphitheaters and temples attracting visitors all year long. A charming city of cozy, pedestrian, walking streets, all flowed to a center market square like I had never seen before. Vic’s Plaza Major, surrounded by precious noble buildings from centuries past, was and still remains today, a remarkable social and cultural meeting place. Shops and cafes on paved terraces surround a center square of fine, golden sand, a substance almost resembling clay. 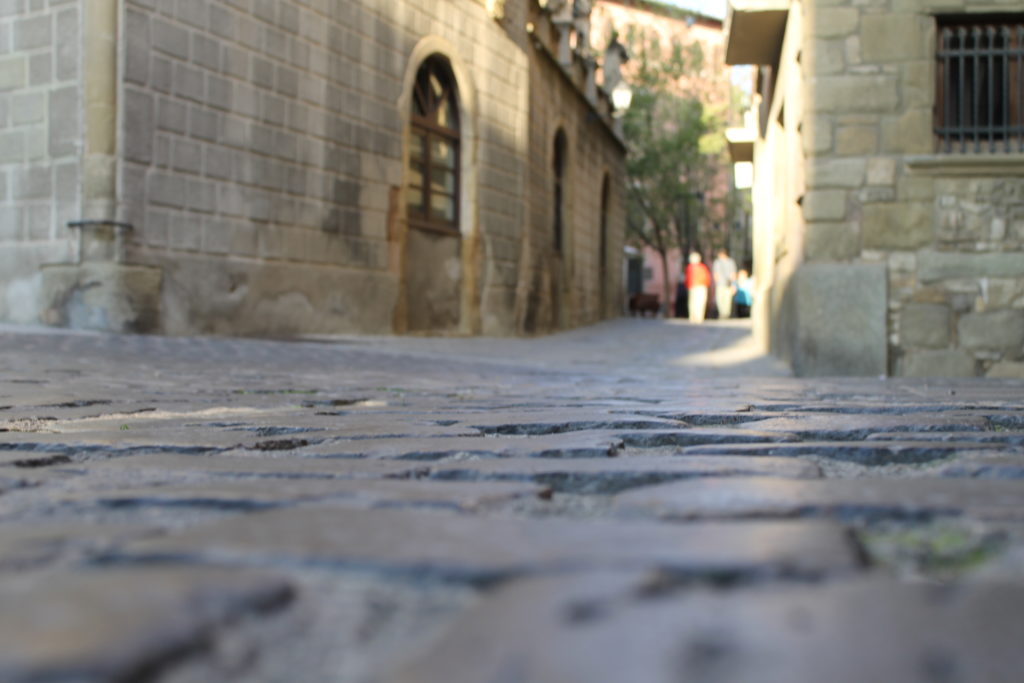 A delightful stroll through pastry shops and local artisan studios, we were enthralled by the city’s beauty, an allure that would beckon our return. As the night drew near, we would make our way, a short hour’s drive, back to Barcelona, our home along the vibrant Mediterranean. A day trip that offered serenity, nourishment and culture, a feast for the wandering soul.